At Latimer Primary School our ethos of ‘Developing Responsibility; Caring about Achievement’ is central to every thing we do. It is modelled by everybody in our school and guides all our approaches to behaviour, our curriculum and our wider school community.

Our children take responsiblity for their learning, their behaviour, and their role in the community- whilst achieving their best possible outcomes through high-quality innovative teaching.

Our ethos is lived by everybody at Latimer. From the children, to the class teachers, leaders, parents, wider staff and governors enabling our children to leave Latimer as responsible young people who have achieved their full potential. 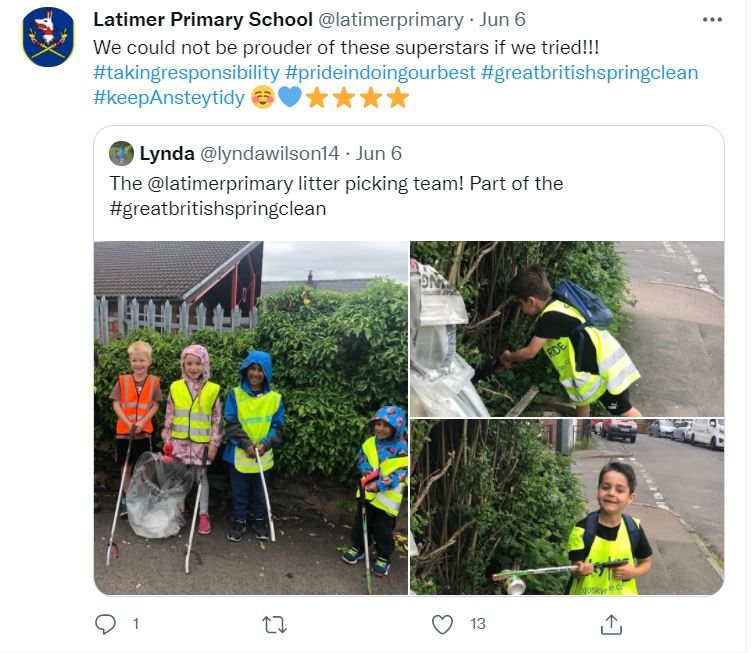 I treat others the way I expect to be treated guides our adults and children alike to the right way to behave towards others. It means that we support others in our school. If we see that someone is feeling lonely or upset we always make sure we help and check that they’re ok. It means that we don’t call people names, be unkind, or boast to others about our talents. We speak with respect, remember our manners and show gratitude to those that help us.  If we see that someone is being hurt we put a stop to it by telling an adult or safe person. I take pride in doing my best helps us to remember to always go the extra mile and be responsible for achieving our best. It means to be engaged, enthusiastic, and diligent and to be a good role model in and outside of the classroom. Our behaviour at Latimer is expected to be excellent both in the playground, classrooms and in our attitude towards our work. Taking pride helps to build our self-esteem and gives our children and adults a deep sense of satisfaction in their achievements. We are all equal but different helps children and adults to challenge bullying and stereotypes and creates a culture where we respect everybody irrespective of our backgrounds or experiences. Our children value and appreciate individual differences and treat everybody fairly. Children and adults feel safe within our inclusive environment and everybody is expected to respect individual beliefs and report  inappropriate behaviour immediately. We are proud to be founding members of the Global Equality Collective- a pioneering project to measure and improve equality, diversity and inclusion within education and wider business. 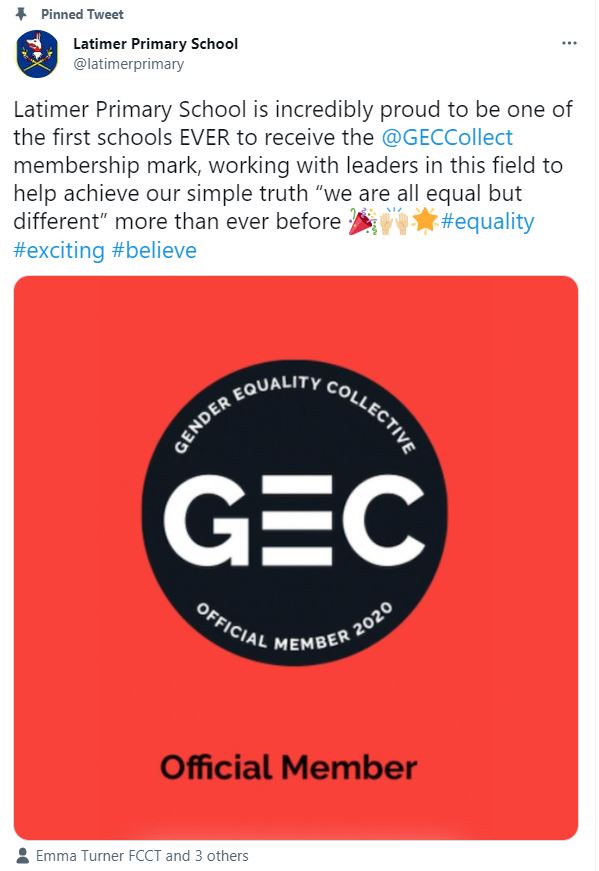 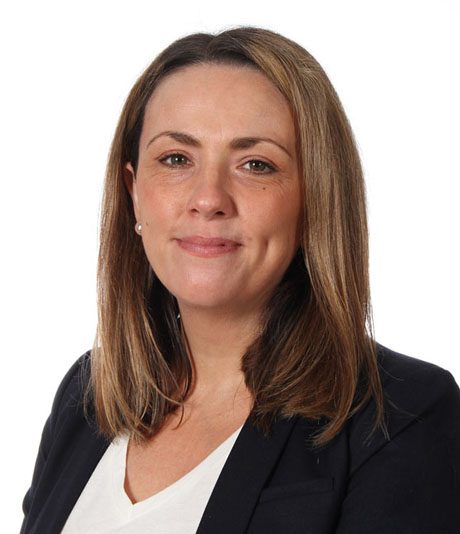 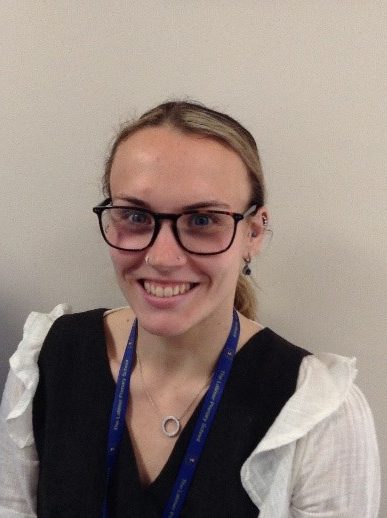 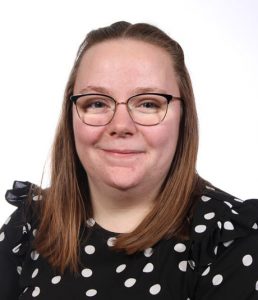 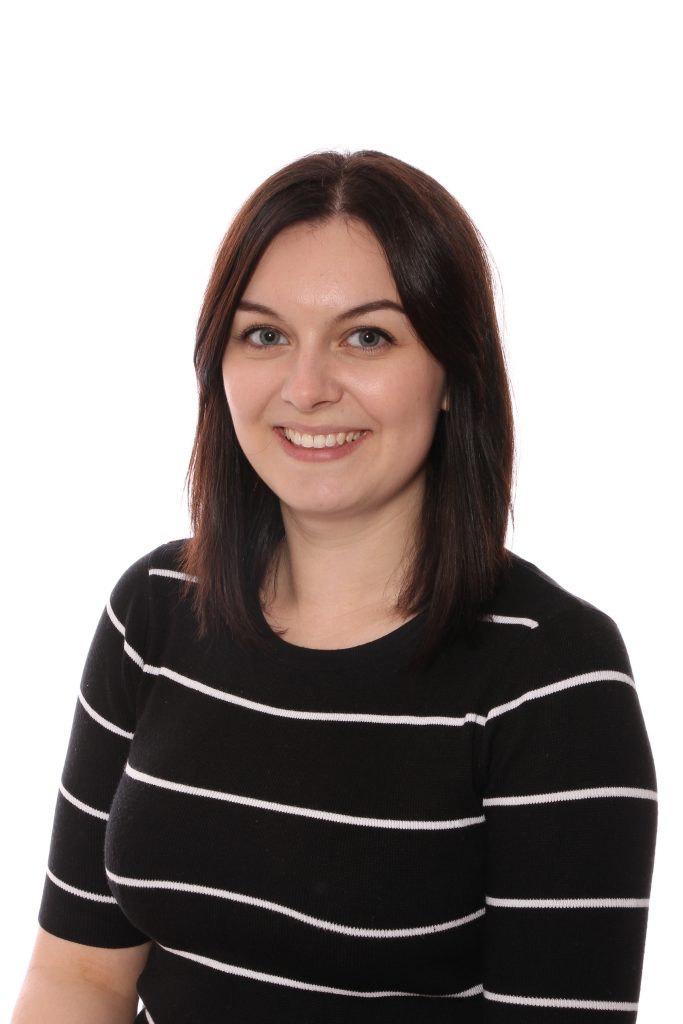 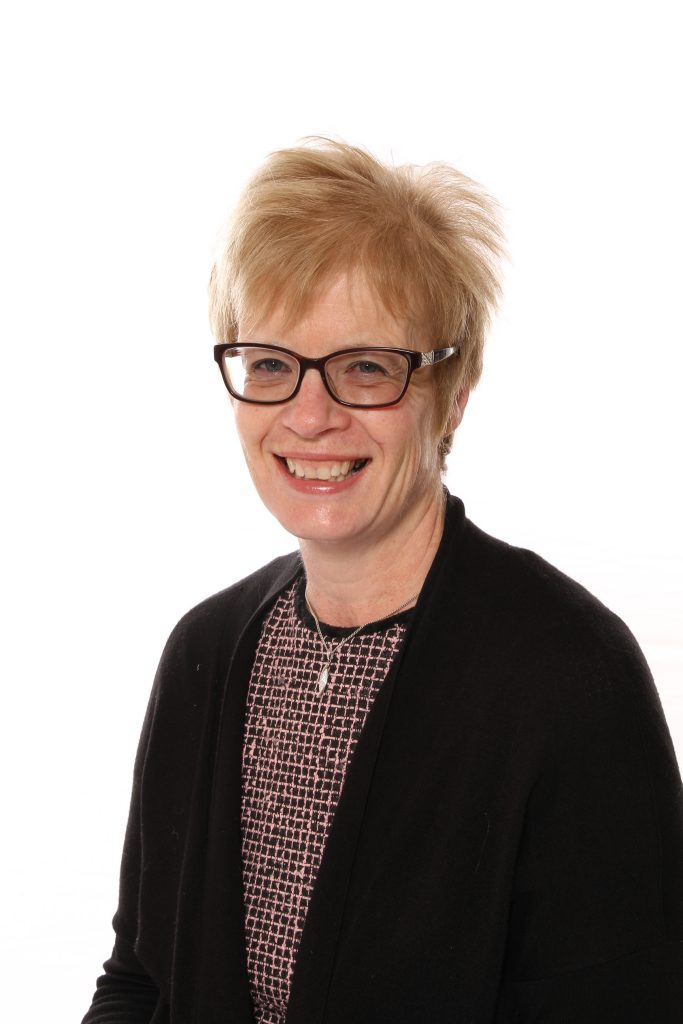 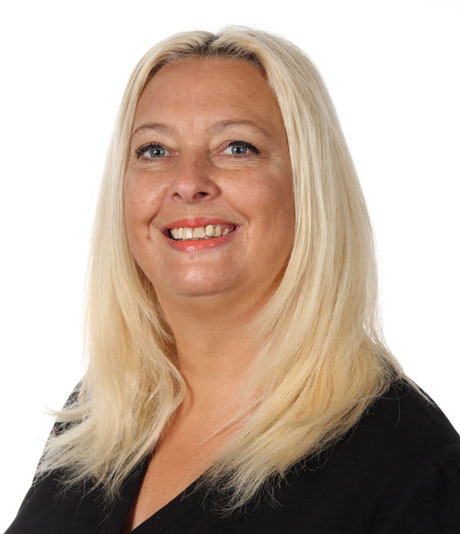 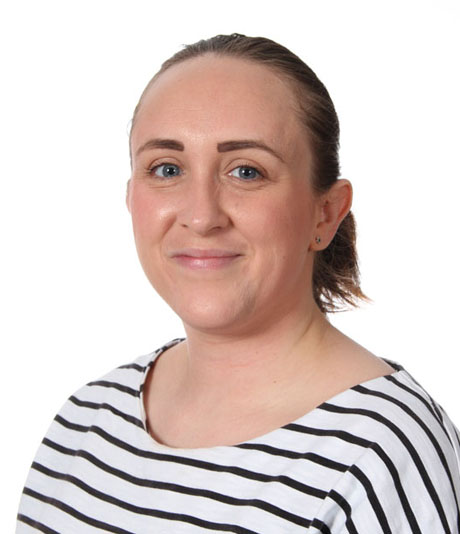 We are proud to be a local authority maintained school. As part of this structure we have a governing body in place who provides strategic leadership and accountability for our school. The role of the governing body is absolutely key to the effectiveness of our school. Our governors are highly committed, well informed and have a vision of high expectations for our children.

• Ensuring that the vision, ethos and strategic direction of the school are clearly defined.

• Ensuring that the Head Teachers perform their responsibilities for the educational performance of the school.

• Ensuring the sound, proper and effective use of the school’s financial resources.

• To help the school provide the best possible education for its pupils by supporting and challenging the school’s leadership team, ensuing accountability and offering a strategic overview in line with the school’s agreed vision and values.

Our governors are passionate about ensuring that Latimer provides an excellent education for the children it serves both now and in the future; they regularly attend meetings and visit the school to support its work and development.

Select the links below to view key Governor documents: 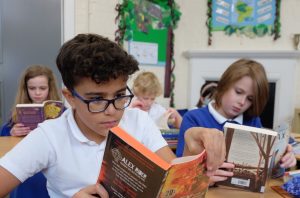 The original Latimer Primary School opened on Latimer Street in Anstey in January 1896 and its first headmaster was Mr John Bassett. The original building still stands and houses our years 4 and 5 pupils, the school library and the computer suite.

In 1903, Mr C. H. Lewis became headmaster, and he was responsible for many varied activities in the village. A collection of wildlife exhibits was built up, and there was even a stuffed otter on display; apparently, it had been caught in Rothley Brook at the end of the school field!

The school expanded rapidly when it was first built, and some children also attended classes at the Methodist Church. In 1911, Latimer Street site was expanded and a new building was built, which now houses our Year 3 and 4 classes. At this time, an infant school site was also built on the Bradgate Road in Anstey. The Nook was used as the school playground as there were only 1 or 2 vehicles in the Village at the time.

Over the years the school expansion has continued when both schools were merged and all the children attended the Latimer Street site.

Latimer’s role in the community particularly stood out during the First World War (1914-1918) when Mr Lewis organised the local war effort and older girls at the school were formed into a Red Cross unit. Others were sent out to collect blackberries and apples for the farm, and acorns for the pigs.

In the early 1960’s, the parents of Latimer Primary School rallied together to raise funds to build an outdoor swimming pool.

The pool was eventually covered and later demolished, but hundreds of children had the wonderful opportunity to learn to swim and compete in the school pool.

In January 1996, Latimer Primary School celebrated its Centenary. Pupils had the opportunity to experience what it would have been like to attend school in the late 19th Century.

Over the years the school has continued to expand with separate buildings for EYFS, KS1 and Year 6 added however, the original school buildings remain.

Today, Latimer Primary School pupils continue to develop responsibility in their local and wider community as well within the school environment.

This year, we are delighted and privileged to be commemorating 125 years of Latimer Primary School, its community and all that has been achieved.

Our celebrations will enable our pupils to explore an incredible wealth of history, through photographs and memorabilia and for local families and past pupils to share their wonderful memories of our school. 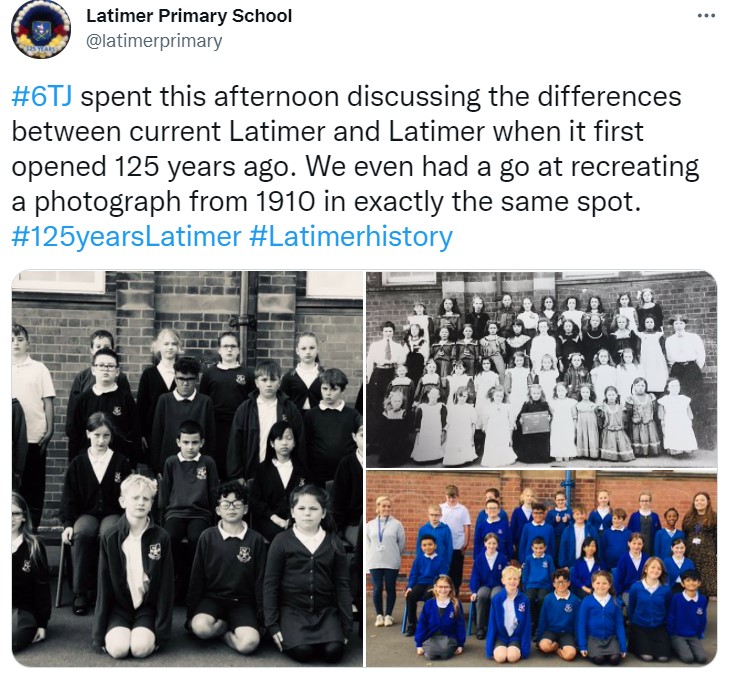 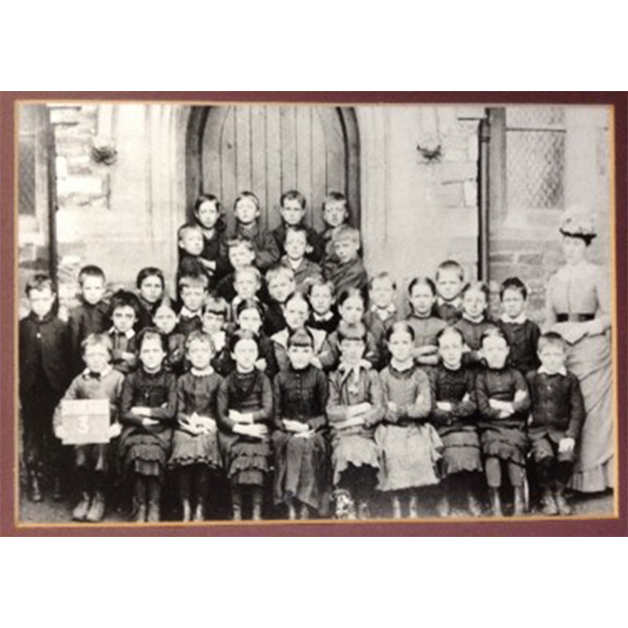 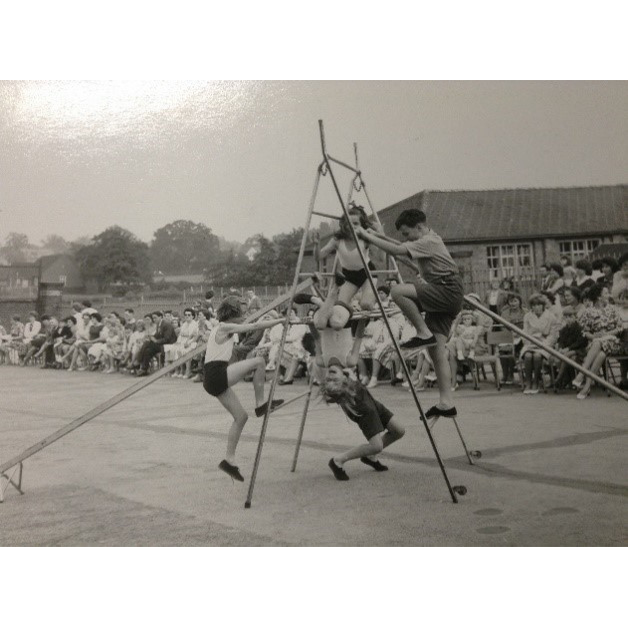 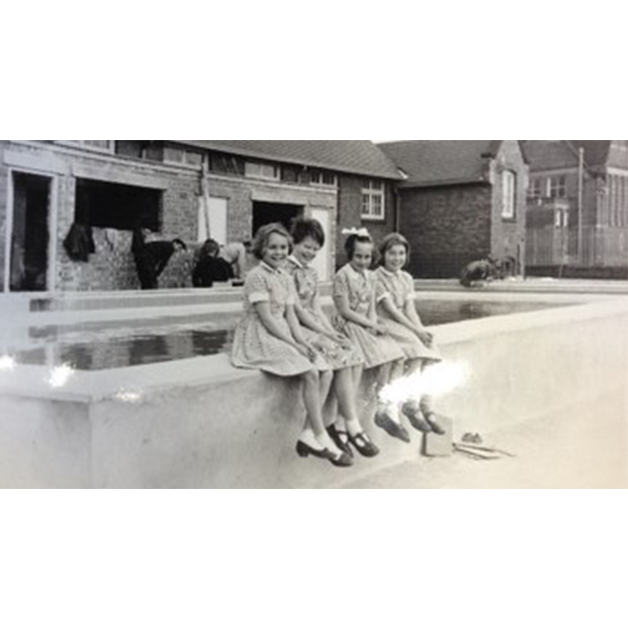 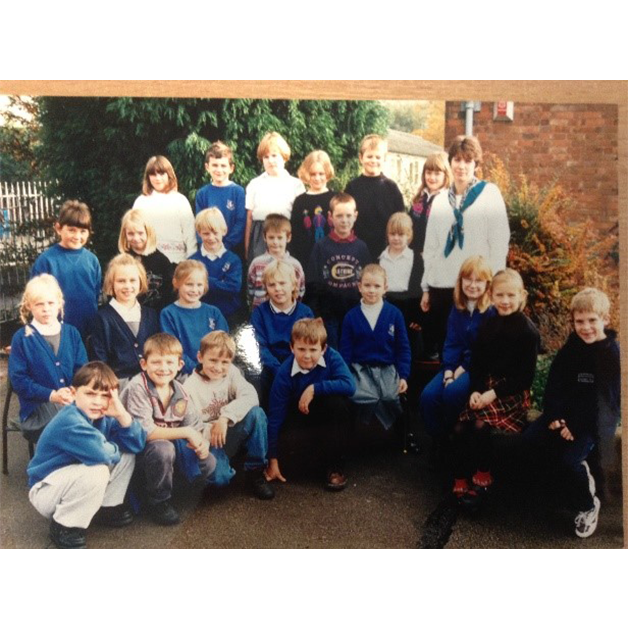